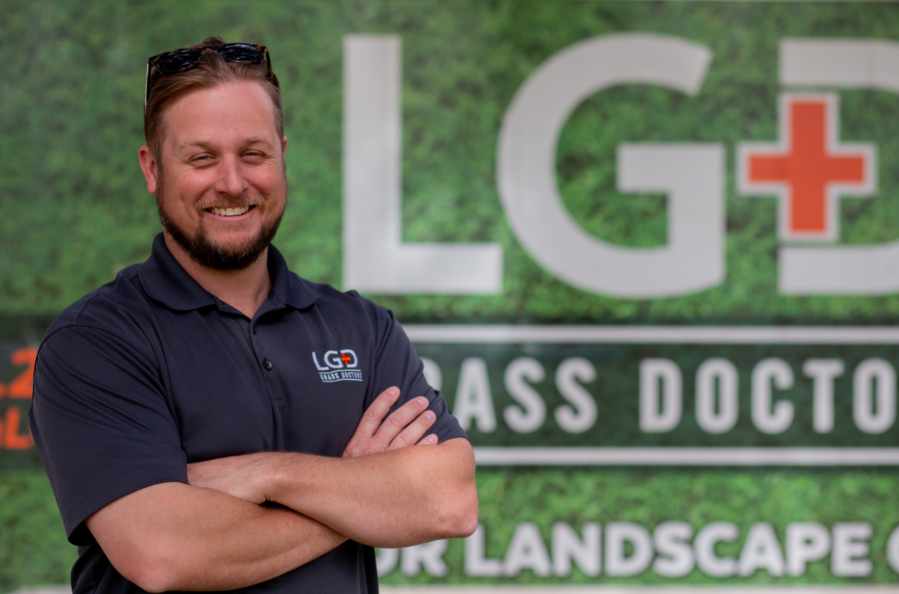 Colin Casey, the owner of LGD Lawn & Landscape built his successful business from the grass up, but it was only at the urging of several people in his life that made him decide to take LGD to the next level by quitting his day job and putting all of his efforts into his landscaping business. One of the most influential people that helped make LGD what it is today is Ashley Casey, Colin’s wife of ten years.

The couple had already been dating for a few years when they attended a rock concert in Metairie’s Fat City in 2006. Colin wanted to get down on one knee and propose to Ashley, but the proposal wasn’t all that romantic. “It’s the most embarrassing moment of my life. I still cringe to this day,” Colin said as he explained how he jumped on stage with the band between songs and asked for Ashley’s hand in marriage. “They were probably like, ‘Who is this idiot?’ The singer was staring at me. I had to say something.” Ashley said yes, but the moment was short-lived as the guitarist shoved him off of the stage.

The next morning, Colin only had vague memories of the previous night. “I was hungover sitting on the couch, and she’s like, ‘You know what you did last night.’ In my mind I was hoping it was a dream, it wasn’t. She laughed about it, and she was cool. The official proposal was in 2008.”