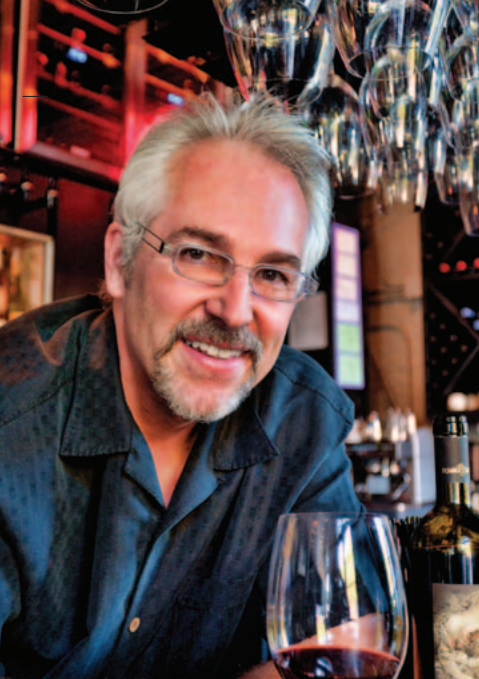 Jim has owned Louisiana Pizza Kitchen in New Orleans for 17 years, and over that time, the restaurant has become a manifestation of Jim: his sophisticated taste, his love of food, and his commitment to his community. In 1996, Jim bought the French Quarter location of Louisiana Pizza Kitchen (LPK). From day one, he fashioned a restaurant that reflected his tastes and personality. Starting with the menu, Jim slowly began changing the traditional “red-checkered tablecloth” pizza parlor that it was into the more sophisticated restaurant that he envisioned. “I couldn’t make drastic changes too quickly because the locals were used to the old way, but I started to introduce imported cheeses and expand the wine list. We went from 8 bottles to 140. Then I began to make changes to the menu,” he explained. “Now we offer seasonal dishes utilizing produce from local farmers, and our wine list has won awards from the Wine Spectator each year since 2010.” A self-proclaimed “foodie,” Jim spoke of his interest in studying food and trying new recipes, which is reflected in the evolution of his restaurant’s menu.

Jim’s kind and mild-mannered personality can be seen in the way he works with his staff. He explained, “First and foremost, we are a team. I’ve been successful in avoiding titles. If someone has an idea for a dish, it doesn’t matter what their role is, we’ll take anyone’s suggestions and use them. We even hold wine seminars for the whole staff, so everyone is in a position to contribute.” If employee loyalty is a reflection of the employer, the three members of his staff with 20 years of service each speak volumes about Jim. And his commitment to his employees goes beyond the confines of the restaurant. “We opened as soon as we could after Katrina, but it wasn’t easy. Some of our employees lost everything, so I put them up in my house for about four months after the storm.

During the last quarter century, Jim’s restaurant has become a French Quarter institution. He embraces the neighborhood crowd he serves, which constitutes 65% of his customers, but he also makes sure to show his out-of-towners some NOLA love. Avoiding the word “tourist,” Jim told LCIA that he likes to blur the line between locals and visitors. “We treat everyone the same, and, as a result, we get a lot of folks who come see us each time they’re in town.”

The local artwork is another example of Jim’s connection with his community. He invites artists from around the South to showcase their artwork in LPK. While most restaurants charge a 10-15% commission for displaying art for sale, Jim offers this for free in support of the arts. He allows the artists to display their work for 4 weeks at a time, and even allows them to have openings at his restaurant. He stated matter-of-factly that “all artists need some help when they are starting out. This is one way I can offer it, and some of our artists have gone on to successful careers.” What seems ordinary to him is actually a generous act that displays his kindhearted personality.

Like a fine glass of wine, Louisiana Pizza Kitchen is only getting better with age. With an eye towards the future, Jim reflected on the past, “I’ve been at this for 30 years, and I’ve learned that the minute you get content in this business is the minute you start moving backwards. I work to ensure that our menu and our restaurant are constantly evolving.” At one point during our conversation, Jim said that his goal is to “focus on who we are and what we do and doing it well.” Nearing the end of our conversation, which felt more like coffee talk between friends, it became obvious that what Jim does well will never change: serving each customer a fresh meal, a well-paired glass of wine, and treating them like his neighbor when they walk through the door. Like only Jim can do.

Visit Jim and LPK at 95 French Market Place or online at louisianapizzakitchen.com