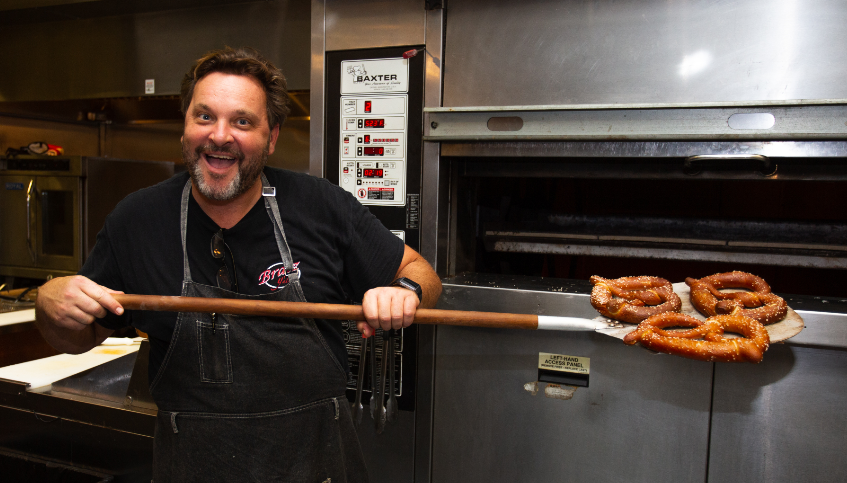 Sven Vorkauf, the owner of LCI’s member Bratz Y’all, has found success in the restaurant business several times in his life. These successes have afforded him the opportunity to travel the world to learn about food traditions in many exotic countries.

Sven was in The Philippines when he was offered a dish that he just couldn’t stomach, however. He said, “I was renting a little bamboo hut on the beach. After a couple of weeks, I had to go. The owner was thanking me, and he gave me the biggest bug I have ever seen in my life. He wanted to give me this dead bug, and I was like, ‘No. You can have it.’”

Sven tried to explain to the man that he just didn’t want to try this local delicacy, so the man ate it himself. “I didn’t even know how to eat it, and he was trying to show me how to eat this gigantic bug. It was like eight inches by two-and-a-half inches. He cracked it open and ate it like an oyster. I like to try things, but no.”