When Mom and Pop Owned a Mom-and-Pop 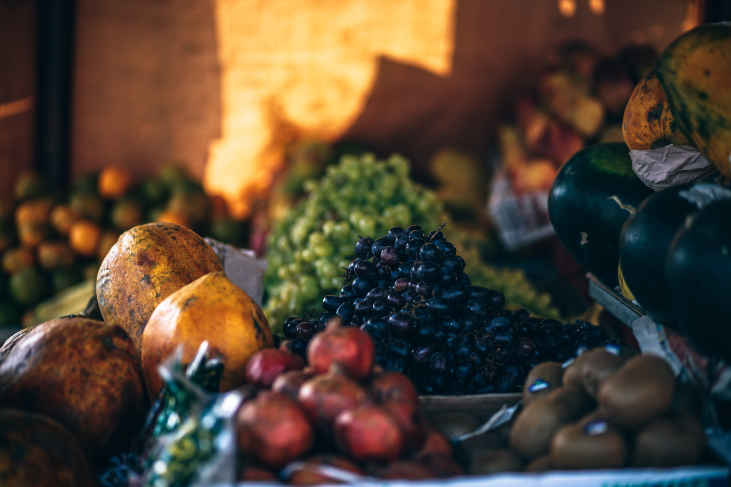 There we were, my brother and our parents and I, laying waste to an Everest-sized pile of carefully wrapped presents one Christmas morning in the early 1980s, when the phone rang. We paused and looked at each other. It was about 8 a.m., too early for a grandparent or uncle calling to ask who was supposed to be where, when, and with what side dish. My dad ran to answer it. “OK…OK… Well, I’m sorry to hear that.” Even then, at age 10 or so, I could sense that my father’s polite tone masked annoyance. “You know, I’m having Christmas with my kids right now. But I can meet you at the store at 10.” So it goes when your family owns a mom-and-pop grocery store in a small town and your home number is in the phone book. I don’t remember what I got for Christmas that year, but I do remember my dad getting dressed and, on one of the four days of the year that the business was closed, going to the store and finding a replacement for a customer who was unhappy with his Christmas turkey. (My mom cooked that turkey a few days later. It was fine.)

Going into business for yourself might seem like a career decision, but know in advance that it will become a way of life. If you’re lucky, it will afford your family a bit more than a living wage—my brother and I always had what we needed and then some, and my parents saved enough to send each of us to a public university for four years—but it will also erase the divide between work life and home life. For my parents, the opportunity to take over a popular and well-respected local grocery store was too enticing to turn down. Their early years together had been lean: When I was a baby, my father worked at least five days a week at a produce market in a neighboring town. That paycheck covered our house payment, car payment, and utilities. On one of his days off, he worked at his father’s menswear store. That paid for our groceries.

Eventually, my dad took a job as a meat-cutter at a small grocery store in our hometown, Alliance, Ohio. The owner was eyeing retirement and wanted to bring on someone to whom he could sell the business. My mom started a few years later. And in 1981, after learning how to do the ordering, and keep the books, and write the schedules, and pay the bills, my parents became the owners of Hillcrest Market. I was 9, my brother 6, and the store—we always just called it “the store”—became our second home. My mom would sometimes have to bring us to work with her, and she kept my brother and me busy. We could wash the windows on the pop coolers and the frozen-food cases, and we could “front the shelves,” stacking up the Campbell’s soup cans in neat rows, as in a Warhol painting. When my mom wasn’t looking, we’d sneak fresh-baked cookies. My favorite time to be there was on Tuesdays. That’s the day the wholesale supplier would deliver the groceries for the week. The backroom would be stocked to the ceiling with canned goods. My dad would cut open the boxes with a razor blade and hand us the pricing guns—they looked like staple guns but dispensed price tags instead of staples—and let us go to town.

Growing up in a small business was a blessing and a burden. My parents could usually sneak out of work to attend school events and swim meets and baseball games and haul my brother and me to the doctor or the orthodontist. My mom had enough control over her schedule that we were never “latchkey kids”—she was always home by the time we got home from school when we were young. But those precious perks came with a cost. My parents worked weekends. They would go two months without a day off. They carried the stress of an uncertain income, and of never letting on that times were lean. Holidays were so demanding that by the time the work was done and the doors were locked, they were too exhausted to enjoy anything.

When I got old enough, working at the store became my real first job. I waited on customers, filled delivery orders, stocked the shelves. My parents didn’t take it easy on me. If I was standing around, my dad would tell me to go find something to do, no matter how slow we were. But I was also able to learn from my mistakes without fear of getting fired (though shaving off part of my fingertip on the lunch-meat slicer did exempt me from any further deli duties). And every year, on the Tuesday night before Thanksgiving, my mom and I would head to the store around 9 p.m. and work through the night helping the bakery churn out the 1,200 pies we sold for the holiday. It was an exciting time, and not just because my mom would call me off school on Wednesday to catch a nap and then get back to work. It was a thrill to be needed, to be given a real responsibility.

Still, the most lasting impressions didn’t come from my shifts as a clerk or my nights in the bakery. The real learning came from watching my parents give so much of themselves to the business, even as they gave the rest of themselves to my brother and me. They were successful because they took pride in what they did well. There were larger supermarkets in our town of 20,000, but no store sold more pies at Thanksgiving, because ours were the best. If we went out to eat at a local restaurant, there was a good chance that the hamburgers they served were made from our ground beef. My parents knew they couldn’t compete with the supermarkets on the price of a loaf of bread, but they made sure that Hillcrest was the place to get pies and meat. It’s how I developed my work ethic. My dad would
be on his feet for 10 hours a day, five days a week. My mom managed the clerks and helped in the bakery and kept track of the customer charge accounts (we never took Visa, but you could walk into the store, get a week’s worth of groceries and tell the clerk to put it on your tab). To this day, I feel disrespectful not only to my employer but to my parents when I’m feeling lazy. I learned more about women in the workplace, for better or worse, than I ever could have by taking a women’s studies class. My mother worked as hard as my father, and together they were always
coming up with ways to improve the business or innovate. And yet whenever anyone— customer, supplier, whatever—came in and wanted to talk to the owner, they expected to see my dad.

My parents decided early on that they didn’t want to pass the business on to my brother and me when they retired. But that doesn’t mean they didn’t provide a legacy. My parents took risks, and they worked hard and sacrificed. They weren’t always successful, but they learned from their mistakes. In the long run, the example they set was a
greater gift than anything a kid could get for Christmas.

This article was originally published in “Slate” (www.slate.com)