“The Resident Expert with a Grain of Humility:” Defense Attorney Stephen W. Brooks, Jr. on Life, Law and the State of Workers’ Comp in Louisiana 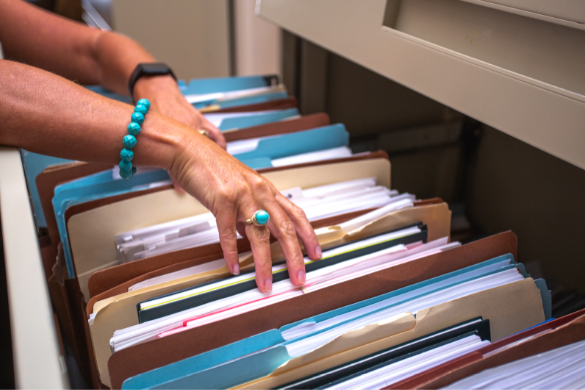 Stephen W. Brooks, Jr., a partner at New Orleans-based law firm Pugh, Accardo, Haas, Radecker and Carey LLC, smiles broadly in between sentences as he discusses his attitude toward life and his legal career thus far. Much of the positivity is related to his clients: “It’s a privilege to do their work…we don’t approach our clients like, ‘I’m the attorney so the client should do what I say.’”

Pugh Accardo, a self-described “firm of litigators,” provides a wide range of services, including: civil litigation, toxic torts, environmental litigation, products liability, admiralty and maritime, and insurance defense. Brooks, a 1993 graduate of The University of Alabama, School of Law, concentrates in the arena of workers’ compensation and insurance defense, acting on behalf of employers and insurers to protect the interests of business in an increasingly muddled legal landscape. “Between myself, Richard Voelker and Chris Landry, we have over sixty years of combined experience.” That experience adds up to a great deal of clout in an industry where cases are fact intensive and require the distinct ability to juggle the results of others’ duties at the level of claims, nurse case management, and investigations. Brooks explains: “As the attorney you are the face of the case.” However, that responsibility only seems to strengthen Brooks’ commitment to what he calls “fodder for ammunition” – key decisions that give rise to essential changes for workers’ comp defense in Louisiana.

Brooks’ recent merger with Pugh Accardo is an effort to further the fodder, and ensure that Brooks’ expertise is available for many years to come. He asserts, mid-laugh: “I’m just getting going, winding up…as long as I have the clients I’ll be here.” The merger was an ongoing project between Brooks and founding partner of Pugh Accardo, Lawrence G. Pugh, III, after the Brooks Law Firm LLC moved and settled into office space on Innwood Drive in Covington. “We’re right next door to the OWC and the courthouse [St. Tammany Parish Justice Center] is a mile away. You couldn’t ask for a better location to service clients on the Northshore.”

Beyond location, Brooks emphasizes the role that Pugh Accardo’s legal culture played in their ultimate decision to join forces. After seventeen years managing his own firm, with ten lawyers working under him in the early 2000s, Brooks believed that the time was right for him both personally and professionally, “It just felt like it was a good fit for my firm. I had the opportunity to merge with attorneys who are similarly situated to me…a generation of attorneys who understand each other.”

And while his fellow attorneys at Pugh Accardo may understand each other, Brooks acknowledges that workers’ comp defense can become easily disconnected if legal counsel neglects the interrelated dynamics of the parties involved. He calls it a “triangle of representation,” consisting of the client/employer, the adjuster and the lawyer. “You’ve got to be able to appreciate who the client is,” Brooks explains, “regardless of the insurer or fund…One of the things that is central to me is that we are attorneys but we are also a service provider.”

This client-first attitude is reflected in Brooks’ unique personal history, including his first career as a teacher in the Baton Rouge public school system and at Parkview Baptist School, also in Baton Rouge. Brooks sees a link between his work as an attorney and that first dream, citing the necessity to provide the employer with the information they need to understand the case against them. Rapid, effective communication is key in that process for Brooks: “My personal cell number is on my business card…you know I’ll get back to you right away.”

Regarding his own education, Brooks spent his formative years as an international traveler, following along with his stepfather and mother in the shifting exotic locations of their careers in the oil industry. In the process, the Metairie-born student accumulated a wide range of educational experiences in schools all over Europe, eventually finishing high school at The American School in Switzerland, better known as TASIS, which is located in Lugano, Switzerland, about a forty-five minute drive from Milan, Italy. Brooks also speaks highly of his legal education at Alabama which he calls “an eye opening experience,” and where his late cousin Professor Gerald Gibbons taught property law. And it seems that for Brooks and his wife of twenty-five years, Shelli, the educational urge continues to run in the family. Their seventeen year old son Gaven was a student at TASIS this summer, while their older son Connor is currently deciding where to play football and attend college for mechanical engineering here in the States.

When asked about the current state of workers’ compensation law in Louisiana, Stephen Brooks sits back in his chair and indulges in a significant pause. Eventually, he admits to mixed feelings about both recent legislation and the efficacy of the court system. He explains: “Coming originally from the Alabama scheme…it’s my feeling that we could bring the workers’ comp cases back to the district courts, so as to benefit from the firmer application of Louisiana’s Code of Evidence, [however] both systems work fairly well. As [the OWC] develops stronger regulations, things will get better over time.” It is worth noting with regards to the jurisdiction issue that the most recent state legislative session saw Senate Bill 226, authored by Senator Edwin R. Murray. The bill would have provided “that district courts shall have original jurisdiction over workers’ compensation matters” and thus eliminated the administrative court system currently in place for workers’ comp disputes. However, the measure was generally opposed and did not progress past committee.

Brooks also weighed in on the implementation of the Louisiana Workers’ Compensation Medical Treatment Guidelines (La. R.S. 23:1203.1), which he calls “one of the big ticket items that has improved things” for his clients. The MTG, originally passed in 2009 and effective July 13, 2011, stipulate what is and is not appropriate medical treatment for an injured worker, and allow adjusters to refuse treatment that falls outside of the guidelines (or inside the guidelines, if the treatment will exceed the $750 statutory limit for medical services) when a 1010 form is filed and after utilization review is conducted, without fear of assessments. Brooks sums up the importance of the MTG for his clients in terms of employer-empowerment: “The Louisiana Medical Treatment Guidelines are giving the employer some sense that something other than COP [Choice of Physician] matters to determine what’s reasonable and necessary.” He also cites the recent Cook and Dardar decisions as additional “fodder for ammunition.” Ultimately though, Brooks is looking forward to the future – and more fodder. He says simply, “I’m not going anywhere.”