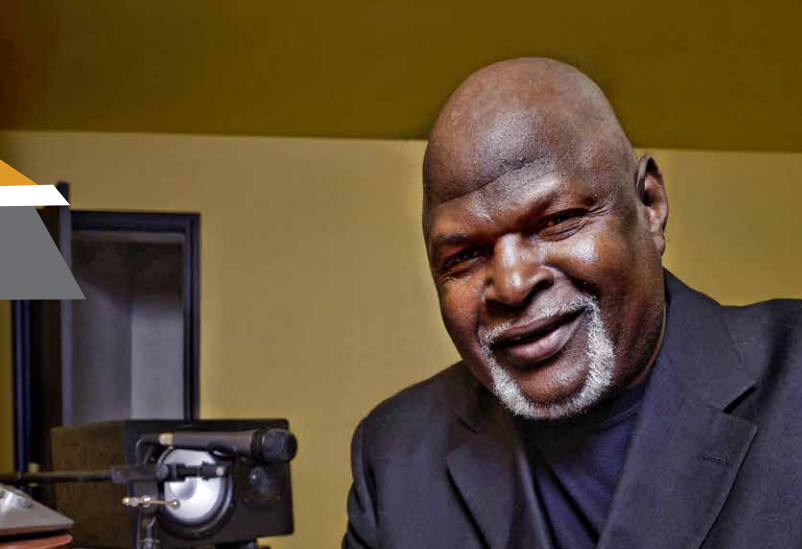 Located on the Westbank of New Orleans in Marrero, the Rickey Jackson Community Hope Center provides afterschool programs to at-risk high school aged students. Founded by former New Orleans Saints linebacker Rickey Jackson, the Hall of Famer lends more than his name to the Foundation. Rickey has been hands-on in fundraising efforts, finding a location, and hiring staff. With three staff members and a number of volunteers, the Rickey Jackson Center is well-equipped to serve its students.

The Rickey Jackson Community Hope Center recently welcomed its first 40 students, with four area high schools each sending ten students. In honor of Jackson’s legendary jersey number, the Center’s goal is to serve 57 students. While the Foundation is just over a year old, it took time and money to renovate the building. The result is a new feeling facility worthy of the good done inside of it. When at the Rickey Jackson Community Hope Center, students are reminded of their worth by the support offered by the staff and volunteers, as well as the inspirational quotes hanging on the walls.

The Rickey Jackson Community Hope Center offers a variety of academic and career training programs. Students receive academic support through classes and tutoring in math and English. Furthermore, members of the clergy and other trained professionals offer counseling services and lead group discussions for the kids. For job-training purposes, they also provide computer classes, so students can aptly and effectively use advancing technology. The most anticipated offering is the professional-grade recording studio, which provides the children with hands-on
experience in the music industry. The Center brings in professionals to offer instruction and advice for both making music and recording it. The Center also houses workout facilities for the students. Before leaving, each student is fed dinner, thanks to Second Harvest.

The Center’s location is a result of several groups working together. The land and the building, vacant since Hurricane Katrina, are owned by the Catholic Archdiocese. Jefferson Parish helped connect Rickey Jackson and his Foundation with the Church, ensuring that the Center would have a home. Through the Ed Block Courage Foundation, the NFL and New Orleans Saints Head Coach Sean Peyton both donated money to help the Center get up and running. Guitar Center also lent a hand, helping to make the state-of-the-art recording studio possible. Furthermore, in order to feed the students, Second Harvest has agreed to head the after school meal program.

The Rickey Jackson Community Hope Center serves as the New Orleans Saints Courage House. The Courage House National Support Network is a project of the Ed Block Courage Award Foundation. Named after the NFL team in its respective city, a Courage House is a facility that provides support to children in need. There are 23 Courage House facilities in the country, and the goal is to have one in every NFL city. To be affiliated with this impressive network and associated with the NFL says a lot about the Rickey Jackson Center.