August WCAC Meeting Addresses Genetic Testing of Injured Workers, Plan to Nip it in the Bud 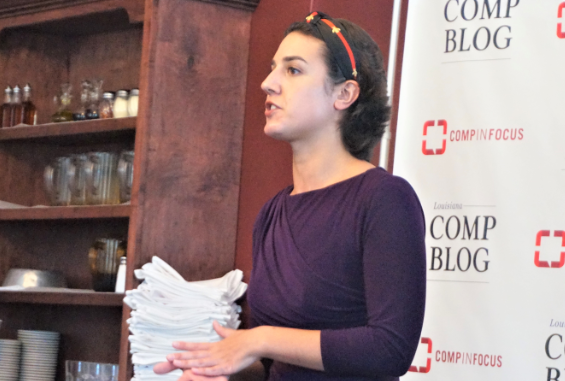 Council member Bray Williams, an attorney based out of North Louisiana, began the discussion of the genetic testing issue, explaining to the Council that a client of his called him from her pain management doctor’s office asking if she should submit to genetic sequencing. He advised against it and upon investigating the issue further was unable to determine why the information was being requested. The letters and information regarding the testing were sent to the doctor from a TPA, Broadspire, and through a secondary lab.

“The doctor’s office had received a letter from a company called Insight Labs which referenced Broadspire and workers’ comp specimen collection for pharmacogenetics,” Williams explained. “A whole host of issues started popping into my mind with this – discrimination issues, where is this authorized anywhere, it was really scary. It felt really Big Brother-ish. Why are workers’ comp claimants being genetically tested? And how was she identified? And what is this information being used for?”

Williams proceeded to send all of the information he received from the doctor’s office and from his client to the OWC so that they could investigate further. Cynthia Uhrbach, OWC Director Sheral Kellar’s assistant, followed up with Broadspire and Insight Labs from there.

“I contacted the person on the letter, the Director of Operations for Insight Labs, she said that she gets names from Broadspire based on inconsistent urine screen reports and that the purpose of their contract is to see if the patient is reacting differently from the general population and that could be causing inconsistent reports,” Uhrbach told the Council. Uhrbach also noted that the Insight Labs contact directed her to the Broadspire pharmacy benefit management section but that she had not yet heard back from them.

Nearly all of the Council members spoke gravely about the “slippery slope” that genetic testing of injured workers could lead to, and further, indicated that they could be dealing with unauthorized practice of medicine by payors and their contracted labs. In light of the Uhrbach’s investigation and the Council’s comments, Director Kellar decided seek the Council’s guidance to determine what the OWC’s response should be. Shannon Dartez said that in addition to a cease and desist letter (which several Council members including Director Kellar suggested) that there should also be an official bulletin posted on the LaWorks/OWC website clarifying that genetic testing of this nature is not covered under the Medical Treatment Guidelines and cannot be mandated.

Director Kellar held a vote on this joint action (cease and desist, plus bulletin) and it was unanimously in favor. She asked Council members Marc Zimmerman, Maria Losavio and Bray Williams to draft language for both documents.

Moving on from that vote, Director Kellar also updated the Council and public on the status of the Medical Treatment Guidelines update and expressed the Medical Advisory Council’s (MAC) desire to piggyback on Colorado’s updates, with appropriate modifications for Louisiana patients. Director Kellar held a vote on this as well, and the WCAC voted unanimously in favor of the MAC’s plan.

Director Kellar also noted that there was a drop in Louisiana’s average weekly wage this year from $876 to $870. Several states suffered decreases. Mileage reimbursement has increased to 53 cents a mile.

The next WCAC meeting will be held at the Department of Insurance on September 21st.